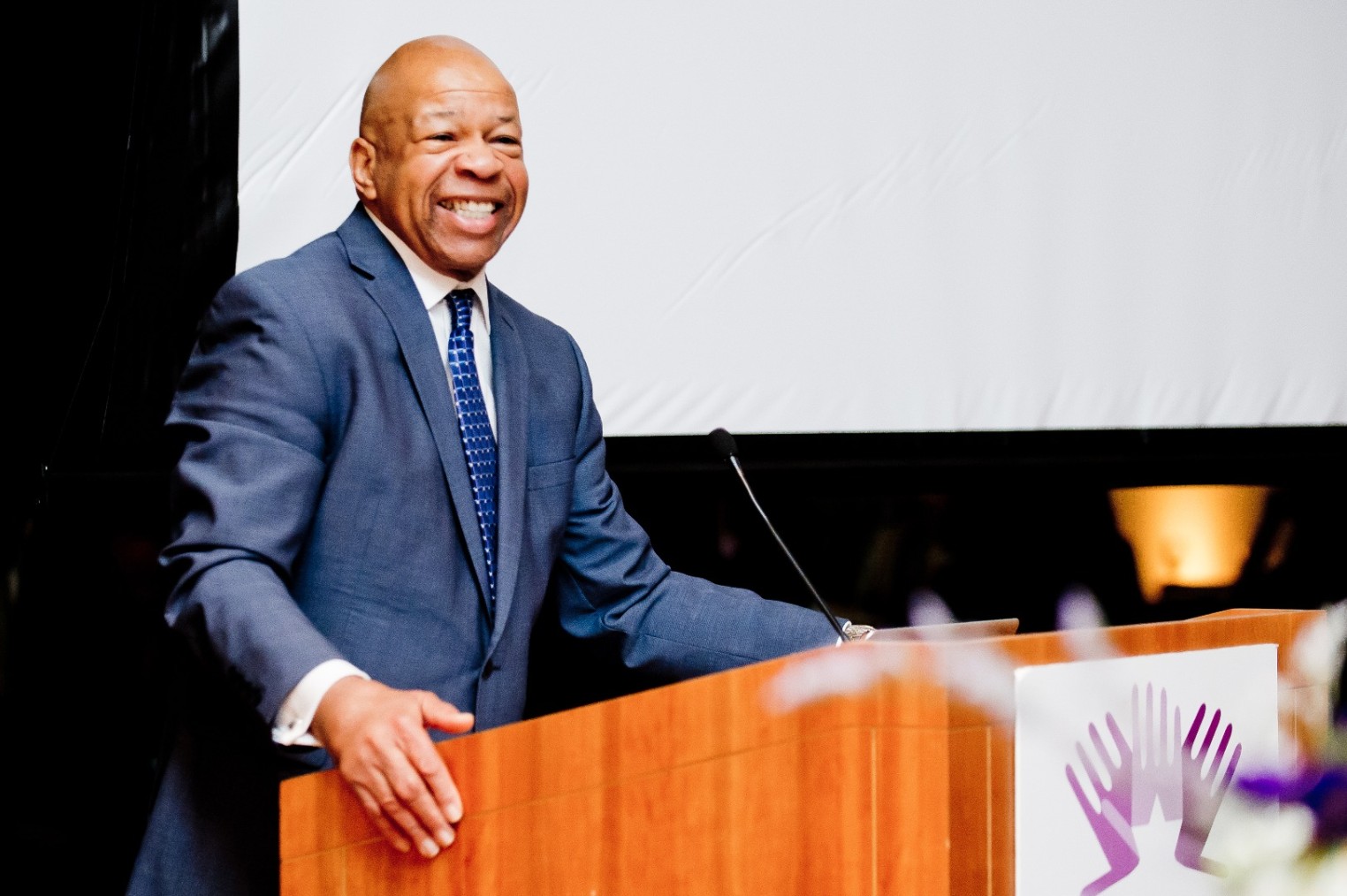 Congressman Elijah E. Cummings was born and raised in Baltimore, Maryland. He obtained his Bachelor’s Degree in Political Science from Howard University, serving as Student Government President and graduating Phi Beta Kappa, and then graduated from the University of Maryland School of Law. Congressman Cummings dedicated his life of service to uplifting and empowering the people he is sworn to represent. He began his career of public service in the Maryland House of Delegates, where he served sixteen years and became the first African American in Maryland history to be named Speaker Pro Tempore. First sworn in as a member of the U.S. House of Representatives in 1996, Congressman Cummings proudly represented Maryland's 7th District since until his death in 2019. He became Ranking Member of the Committee on Oversight and Government Reform in 2011. And, he was appointed as Chairman of the Committee on Oversight and Reform in 2019. Congressman Cummings often said that our children are the living messages that we send to a future we will never see. In that vein, he was committed to ensuring that our next generation has access to quality healthcare and education, clean air and water, and a strong economy defined by fiscal responsibility.

More than 20 years ago, Congressman Cummings joined with Jewish and African-American leaders and the Baltimore Jewish Council to create the Elijah Cummings Youth Program in Israel (ECYP), a non-profit organization that prepares high school students in Maryland’s 7th district to become future leaders. Through the program, he touched the lives of many young people. The Congressman would regularly remind us that “our children are the living messages we send to a future we will never see.” His work consistently reflected that belief. We are honored to have had the opportunity to work so closely with Congressman Cummings on this initiative, and vow to ensure that ECYP continues in his memory.